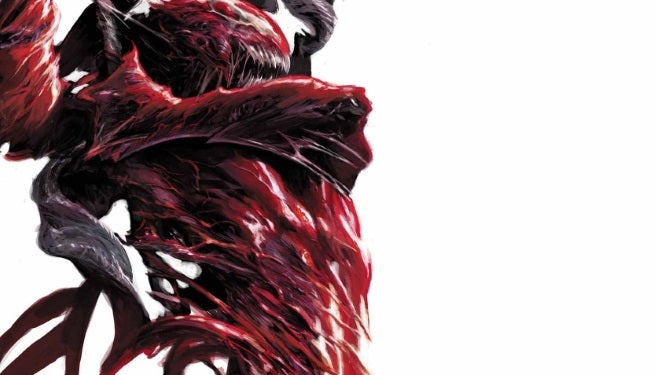 Marvel Comics has released a first look at AXIS: Carnage #1, featuring an inverted Carnage acting as a hero.

From writer Rick Spears and artist German Peralta, the three issue miniseries sees one of the Marvel Universe’s most psychotic and violent villains becoming one its most heroic champions, as the Red Skull’s plans move forward.