Thor isn't the only Avenger missing his helmet anymore; in a new poster for The Avengers, released today at the Marvel website, shows the team assembled in New York--with Captain America, Iron Man and Thor all unmasked as they stand alert amid the rubble of an alien invasion. Following on the heels of some criticism of Captain America's helmet--this might not seem like that bad of an idea (and obviously it's probably designed just to show off the glamorous mugs of the big stars), but whenever someone tweaks a superhero costume, there's always a minor uproar. click below to see a larger version of the image and keep your eyes peeled for Internet backlash! 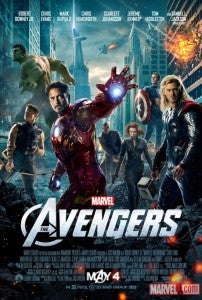 New Avengers Poster Shows All The Heroes, None of the Masks