After lots of waiting, we have brand-new photos of Guardians of the Galaxy Vol. 2. The Marvel blockbuster is going to be making waves later this year, and USA Today is coming in hot with a slew of new photos featuring Mantis, Nebula, Groot, and more. You can check out the photos in our gallery below!

Looking at the pictures, a few notable points are easily seen. First, fans have their first look at Nebula as the character will make a return in the sequel. The villain, who was played by Karen Gillan, is shown looking somewhat taken aback as she disembarks a ship. Another photo was also released which shows Chris Pratt as Star-Lord standing in front of Michael Bautista's Drax. And, most importantly, fans get a brand-new look at Groot and Rocket with Yondu. Baby Groot - or, rather, Toddler Groot - can be seen perched upon the ex-Ravager's soldier while Rocket walks beside them. Fans knew that Michael Rooker would be joining the intergalactic team, and it seems he has a soft spot for Groot.

Oh, and did we forget to mention there's a new look at Mantis? The character shows off her wide eyes and dumbounded expression in a new still from James Gunn's highly anticipated flick. 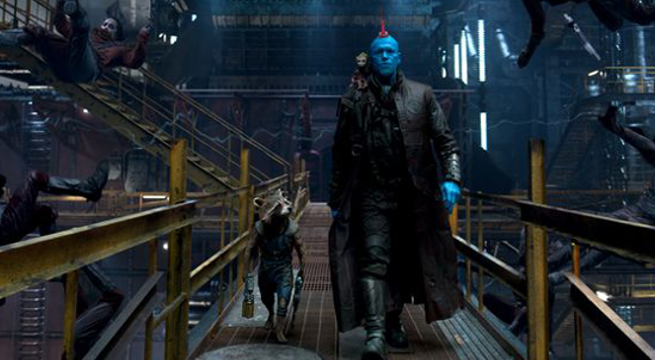